How to Own a Piece of ‘Mad Men’ 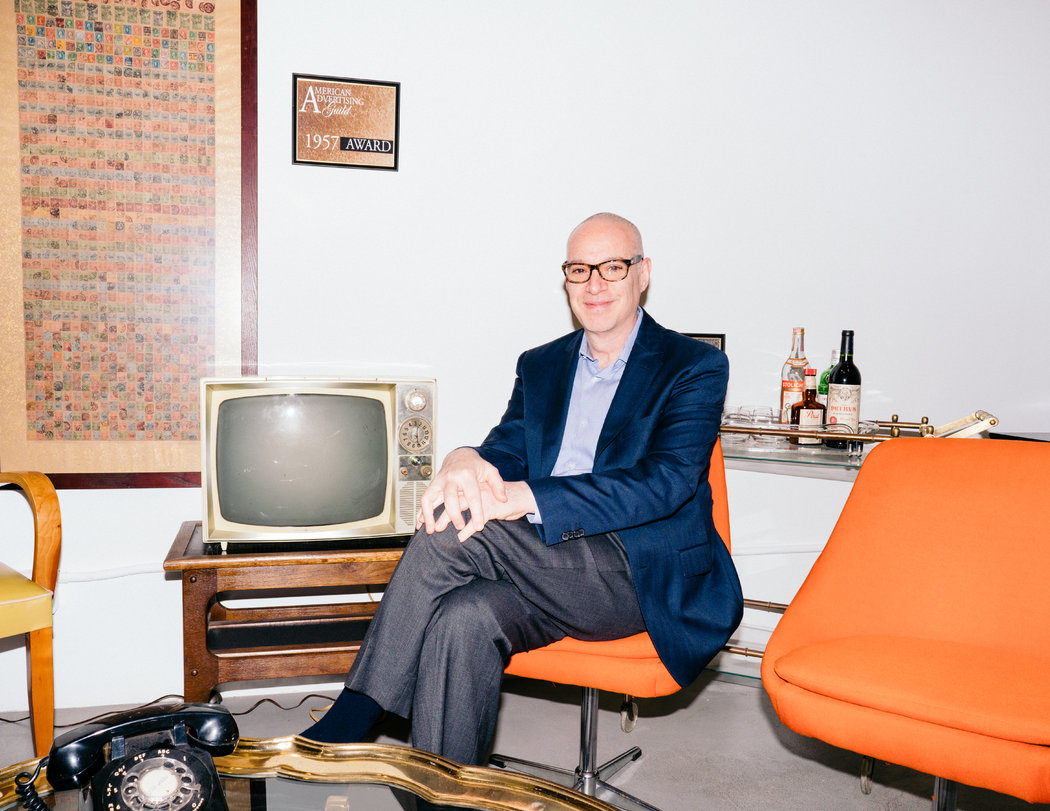 Jeffrey A. Dash in his Culver City, Calif., office, surrounded by props from an upcoming “Mad Men” auction. Credit Photographs by Coley Brown for The New York Times; “Mad Men” stills from AMC

CULVER CITY, Calif. — Jeffrey A. Dash, chief executive of ScreenBid.com, has cooler stuff in his office than you do, including tangerine-dream, midcentury modern chairs from the set of “Mad Men.”

And a lot of it goes on sale June 1. Since 2013, when it auctioned props used on “Breaking Bad,” ScreenBid has helped producers sell paraphernalia from about a dozen shows, including “Sons of Anarchy,” and, most recently, “Empire.”

This time around, Lionsgate Television, a producer of “Mad Men,” is looking to duplicate the success of earlier sales, which have transformed props from an expense into a profit center.

“It’s not a clean-out,” Mr. Dash said recently as he lounged on the chair,looking almost as masterful as Don Draper, and framed by Mr. Draper’s office liquor tray, and a 13-channel — plus UHF — General Electric television that belonged to Mr. Draper’s clever understudy, Peggy Olson.

ScreenBid, which last year offered about 1,400 mostly small props and wardrobe pieces from AMC’s seven-season run of “Mad Men,” is getting down to the gold: At least another 1,500 props, many of which had been tied up in displays at the Museum of the Moving Image in New York and atModernism Week in Palm Springs, Calif., will be on offer.

Starting on Monday, potential buyers can preview “Mad Men” items like these by checking the ScreenBid website. Think of it as a chance to live as well as Mr. Dash, if not Mr. Draper.

Possibly the world’s best drinks caddy. In the show, it belonged to the ambitious account executive Pete Campbell, who sparred with Don Draper and seduced Peggy Olson. The caddy is waist-high, about two feet in diameter, and concealed in an antique globe. What looks to be an old galleon splashes about on the outside. Inside are meticulously designed bottles that mimic liquors of the pre-hippie ’60s, including Old San Francisco Brandy and, of course, that staple of the workhorse martini, Seagram’s Gin.

Megan Draper’s shoe cabinet is from her Laurel Canyon period. The real sell here is not the nook, but what’s inside, especially if you happen to wear a size 7B, give or take. The flamingo-pink spike heels would probably be suitable for dinner at Chasen’s, if it still existed. As for those lavender mules with plastic violet clusters, they might be best kept at home.

Peggy’s Typewriter
From secretary to copywriter.

For old-school tech buffs, a selection of old typewriters, along with cases, may appeal. These include assorted manuals, early electric models and Madison Avenue’s early brush with technology: the IBM Selectric, beloved by the office secretarial pool. But bidders beware. You might find yourselves competing with Tom Hanks, a typewriter enthusiast who is known to keep an eye on such sales. 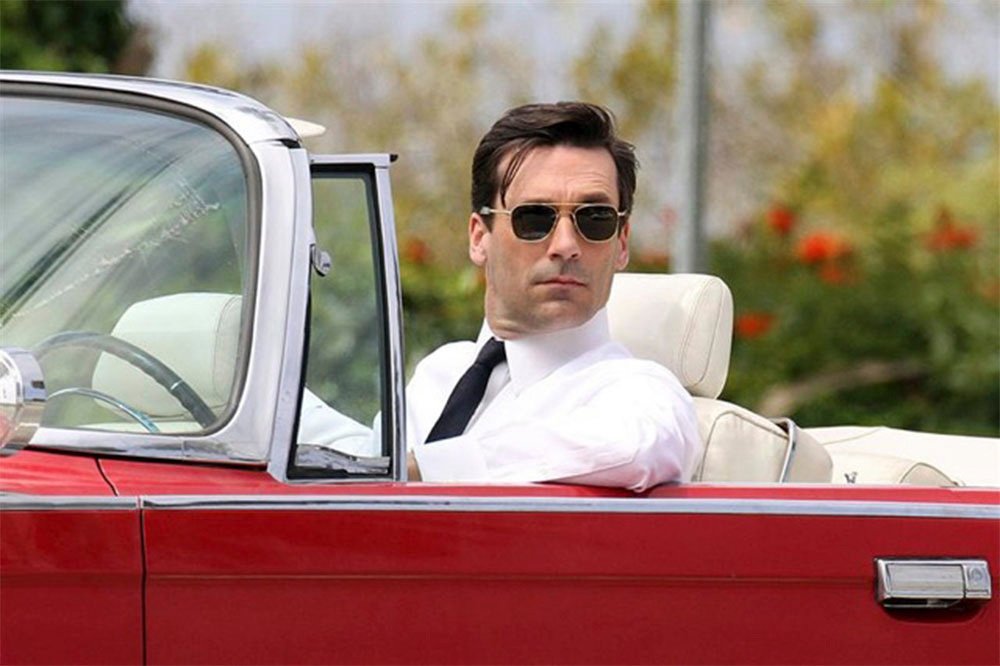 Don’s Convertible
Top down, no seatbelt in sight.

That dark Roman red 1964 Imperial Crown Chrysler convertible, from Season 4, Episode 3. Don Draper drives it on a visit to California, as only he can, but as you shouldn’t: top down, one hand on the wheel, no seatbelt in sight. If he flew in, the car must have been a rental. But producers, Mr. Dash notes, increasingly buy rather than rent vehicles, in order to sell them at a markup in prop auctions. According to ScreenBid’s notes, this Imperial Crown is one of only 922 ever built. It has power steering, brakes, windows and antenna, plus a 727 TorqueFlite push-button automatic transmission. And, if you’re lucky, a few flicks of cigarette ash from the incorrigible Mr. Draper.